In 1947, the Western Ohio District Church of the Nazarene purchased property just west of St. Mary’s, Ohio, for the development of a campground to be used for camp meetings and children’s and youth camps. Almost 70 years later, the grounds are being used year round to further ministries of many churches and various size groups.

Our staff is dedicated to each guest who arrives on the grounds, making sure accommodations, food and buildings are conducive for each group to achieve their goal of having a great experience during their individual camp, conference or retreat.

Mark Dodds, Maintenance and Grounds director, has been working on the grounds since childhood, helping his father and others as they directed the camp grounds. As a teen, he worked during the summer, mowing, working in the snack shack and anything else he was asked to do. In 1994, Mark became a full time employee and in 2011 became the Maintenance and Grounds Director. He and his staff keep everything running smoothly and looking toward future improvements. Mark loves these grounds, enjoys all those who come and he loves his work. 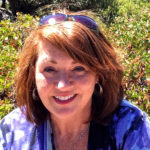 Mona Kunselman arrived in 2009, to live in the District Parsonage on the grounds with her husband, Geoff, who is the District Superintendent of the Northwestern Ohio Church of the Nazarene. In 2011 she became the Guest Services Director for The Lighthouse Camp and Retreat Center. Her main goal is to ensure that everyone sleeps well, and dines well.  She also works closely with each camp or retreat director, in order that their particular schedules are seamless and runs smoothly from beginning to end. Her desire is that each person attending, feels special, well cared for, and desires to return as soon as possible.

Jackie Smith, our main cook, desires that each meal will make you anticipate the next. She works to ensure that food is not only delicious, but that each meal will suit your individual group. From wholesome camp food, to wonderful buffets and banquet style meals, Jackie and her staff work tirelessly to ensure your satisfaction.